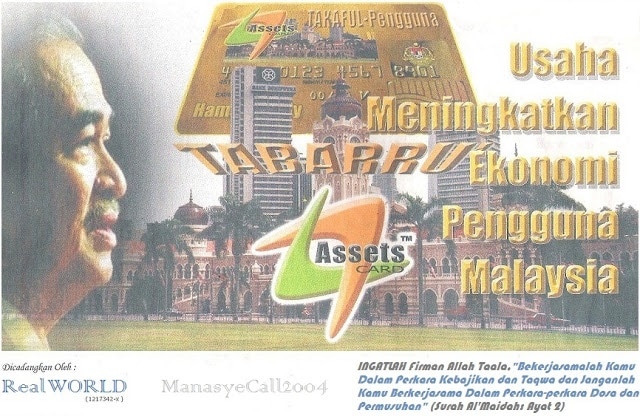 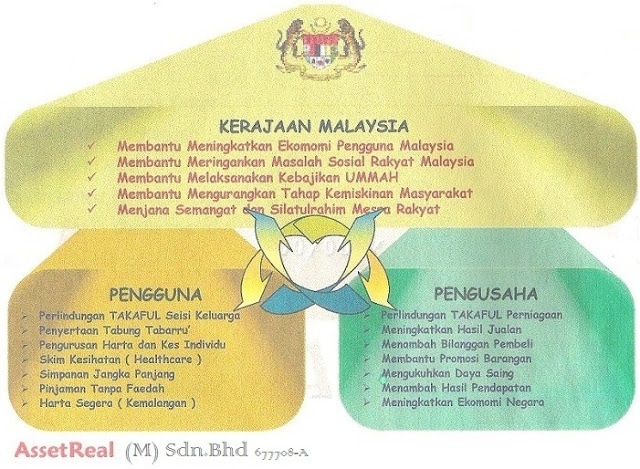 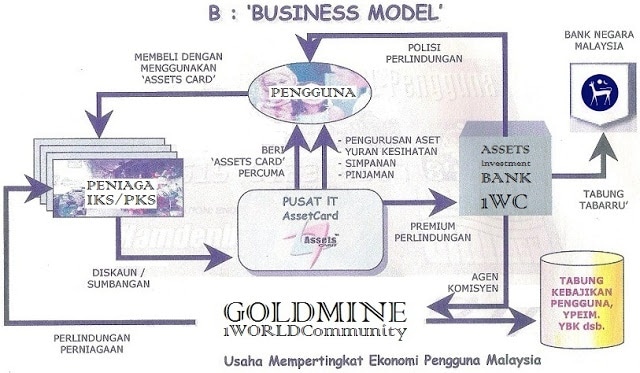 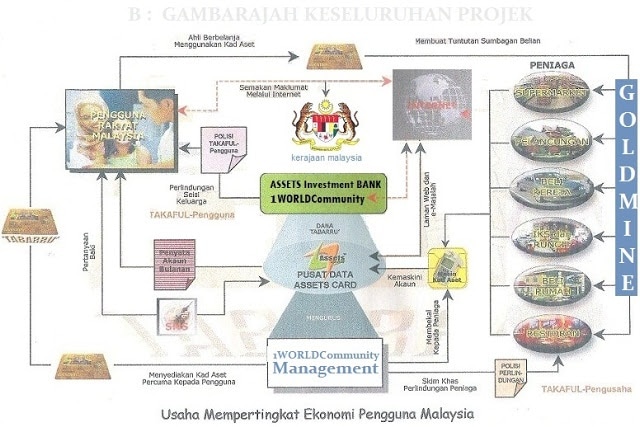 The System uses an integrated concept, which ensures that all detail and summary information are consistent within and between modules. For example totals in the main ledgers are consistent with the detailed and summarized subsidiary ledgers for members, card values and others.

The System is designed with a logical and structured business flow with color coded user interface that is easy to understand and use. The real time system allows for a managed addition, updating, and deletion of information and transactions in a timely manner. User access is secured with the use of access locking at the application, module and functional levels.

The System distinguishes itself from other small business software with the capability of business grouping which allows the company to manage and analyse information via a cross section of group options. Hence it is possible for management to assess the financial position of a cost centre within a company arising from a selected sector group of items.

These primary features offer quantifiable cost savings and production gains to the company with respect to application system purchase cost, integrated real-time data management of information, and ease of system implementation and operations.

The GOLDMINE CARDS Edition is an integrated membership management system.

Integrating all the modules is necessary to ensure data consistency, availability, and integrity. Updates to the transaction data are immediately managed by the relational database engine to refresh all the necessary main and subsidiary ledgers. This method avoids data integrity errors inherent in flat-file and conventional systems which uses separate source data tables for each subsidiary ledgers.

Whilst hardware and database vendors have produced better and more powerful tools, most software vendors are still using old technology to manage business critical information. The GOLDMINE system has re-engineered and normalized the data structure into standard templates which provides a consistent platform for easier application development, maintenance and management of critical business information.

The GOLDMINE System uses a graphical user interface that uses a logical layout, clear fonts and color coding similar to manual forms and files to differentiate between the 6 primary modules. This makes it easy to train, operate, and support the users.

The System distinguishes itself from other small business accounting software with the capability of structured business grouping which allows the management and supervisors to implement standard business group policies for similar records. This makes it easy for normal users to update records based on pre-set group options without the need to worry about policy terms and accounting defaults.

The graphical and structured user interface provides quantifiable productivity gains through better user management. The system makes it easy to use the system, which in turn provides better quality management reporting and analysis.


The Membership module manages the membership applications, approvals, and particulars.

1b. Member Card function manages the detailed member records which allows the system to track and manage information related to the respective customers.

1e. Member Status Change function allows users to change the membership status of an individual member. This allows the company to apply various characteristics for members with a certain status type such as statement, charges, correspondence, etc.

1f.  Member Transfer function allows users to transfer a membership from an existing member to a member sub-card. This is necessary when the member dies and wants to transfer his membership, units, and loans to his children, spouse or beneficiary.

1g. Membership Charges function allows users to create, record, and account for charges of products and services to members. This function also allows for recurring transactions to be created for transactions that are repeated periodically (monthly, bi-annual, annual). The charges can later be applied against receipt of payment from the member. This function can add, edit, delete and print membership charges transactions.


The Unit/Share module is the subsidiary module that manages unit/share related transactions. This module manages the units, dividends and adjustment functions.

The system uses a true perpetual unit method to automatically refresh and update unit balances based on unit related transactions. Unit costing is based on the weighted average costing (WAC) method. The WAC method is allowed by GAAP and is commonly used. It also allows the system to process unit transactions faster than other methods.

1. Unit/Share Group function groups similar unit items for management to set standard terms and control accounts for the group. It also makes it easy to the users to set the standard terms and accounts when creating unit records by selecting the unit group.

2. Unit/Share Item function manages the detailed unit records which allows the system to track and manage information related to the respective unit item.

3. Unit/Share Dividends and Bonus allows users to create, record and account for dividends and bonus to be issued to members/unitholders. This function can batch add, edit, delete and print dividend and bonus transactions.

4. Unit/Share Adjustment allows users to create, record, and account for adjustments to unit item balances due to creation or cancellation of unit. This function can add, edit, delete, and print unit adjustment transactions.

5. The Loan module is the subsidiary module that manages loan related transactions. This module manages the loans, processing, disbursement, and finance charges.

9. Loan Approval function allows users to create and record a loan that has been approved based on an existing loan application. This loan approval can later be processed for loan disbursement. This function can add, edit, delete, close, and print loan approval transactions.

12. Loan Charges function allows users to create, record, and account for charges to loan borrowers. This function also allows for recurring transactions to be created for transactions that are repeated periodically (monthly, bi-annual, annual). The charges can later be applied against receipt of payment from the borrower. This function can add, edit, delete, recur and print loan charges transactions.

The Cashier module is the subsidiary module that supports the main Unit/Share, Loan, and Membership modules with respect to cash and bank related transactions. This module manages the bank, receipts, and payments functions.

15. Payments function allows users to create, record, and account for cash payments to members. Payments to members can be for unit redemption (jualan) or applied against any outstanding unpaid purchase invoice or claims. This function also allows for a transaction to be voided in the event of a returned or stale cheque. This function can add, edit, delete and print payment transactions.

The system provides a number of standard reports which can be previewed, printed, and converted. The system also includes a web reporting tool that allows users to create customised reports.

16. Balance Reports for balances of members, units, and loans.

17. Ledger Reports for transactions of members, units, and loans - sorted by ledger type.

19. Ageing Reports for summary and detailed unpaid balances of members.

20. Statement Reports for summary and detailed statement of balances and transactions for members, unitholders, and loan accounts.

21. Listing Reports for records of members, units, and loans.

22. Preview/Print/HTML/Excel function to preview, print, convert to HTML page, or convert to Excel spreadsheet for all of the above reports.

23. Web Report Server  function to preview, print and export reports to Excel, text and pdf format from the internet.

24. Report Designer function allows users to create or customise any of the above  reports.

6a. Multiple Company function allows the user to create an unlimited number of  companies which is necessary for group of companies with common management.

6c. User Access Security: Application/Module/Function controls what users can do within the system.

6d. Network/Standalone function allows the system to be implemented either as a networked or a standalone application on standard Windows operating systems.

6e. Microsoft SQL Desktop Engine (MSDE) feature of the system allows for a recommended maximum of 16 Gigabytes of data and 5 concurrent users per company database. It also allows the system to be easily upgraded to the higher end Microsoft SQL Server. 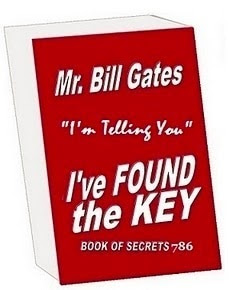 It is not righteousness that ye turn your face to the east and west.

But the righteous man is:

Our Responsibility @TuanTANAH: GOLDMINE, 1WORLDCommunity Should Render Back the trusts to those to Whom they Due : (@18 Group Of people)

ASSETProperty "It's NOT For SALE, 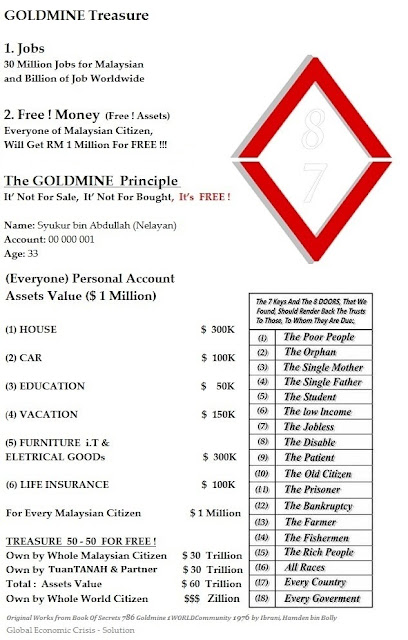 Our Responsibility @GOLDMINE 1WORLD Community Should Render Back the trusts to those to Whom they Due: (@18 Group Of people)

NewGLOBALPrinciple : "ASSETProperty "It's NOT For SALE, It's Not For Bought, It's FREE!" : 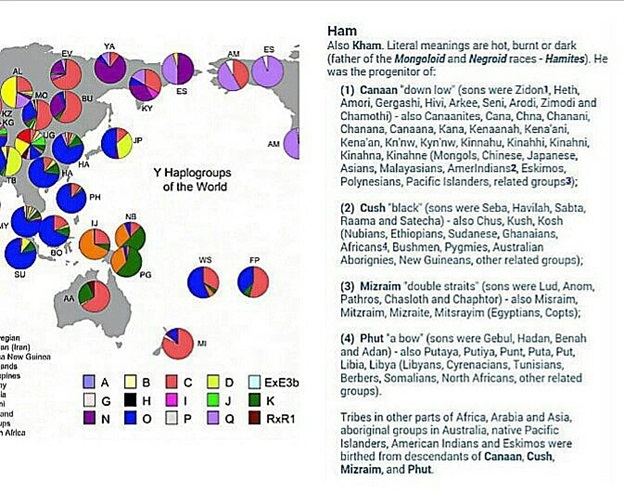 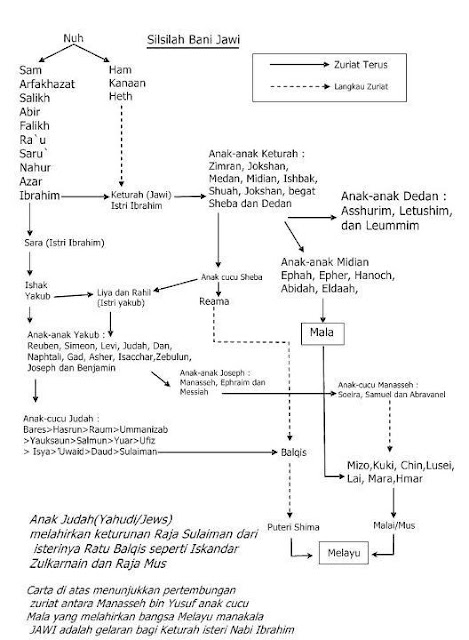 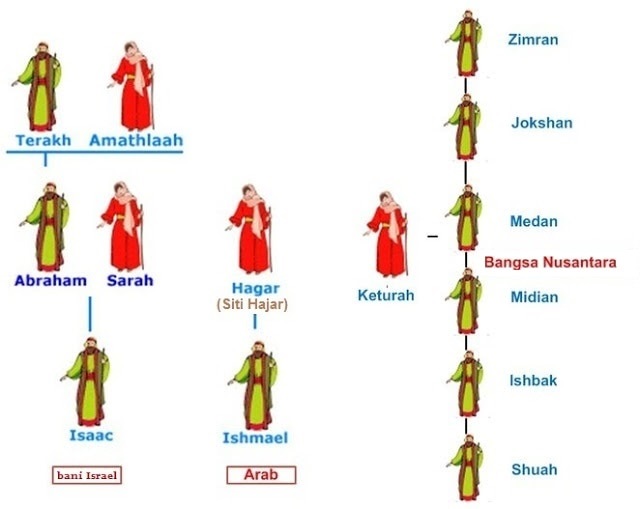 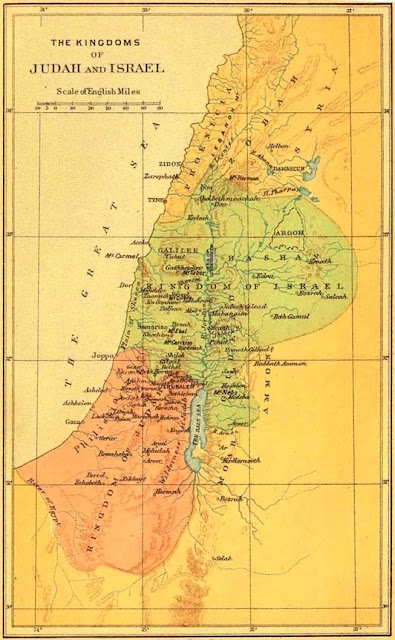 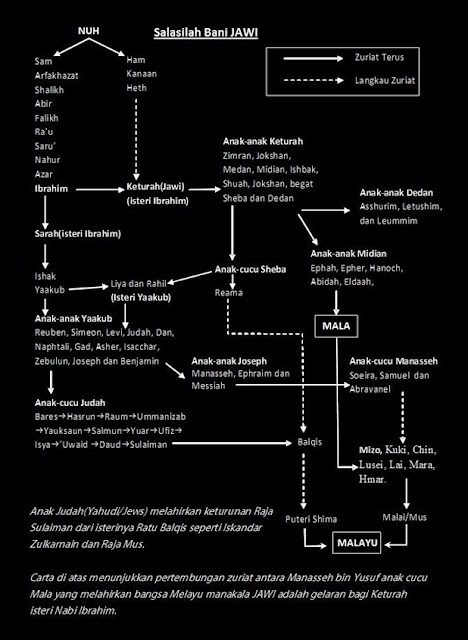 The Kuki-Chin-Mizo population comprising traditionally endogamous tribal groups residing inthe state of Mizoram, India claim their descent from the ten lost tribes of Israel that were exiled by the Assyrians. To ascertain their oral history, we analysed DNA markers comprising 15 autosomal microsatellite markers, 5 biallelic and 20 microsatellite markers on Y-chromosome and the maternally inherited mitochondrial DNA sequence variations on 414 individuals belonging to 5 tribal communities from Mizoram (Hmar, Kuki, Mara, Lai and Lusei). The genetic profiles obtained were compared either with populations sharing Jewish ancestry orwith local populations along the probable route of migration of the Jewish ancestry claimantMizoram tribes.

Migration of the lost tribes through China resulting in subsequent genetic admixture over along period of time has probably diluted the extant gene pool of the Kuki-Chin-Mizopopulation. Although their paternal lineages do not exhibit any trace of Jewish ancestry, incidence of maternal Near Eastern lineages among the Mizoram tribals suggests their claim toJewish ancestry cannot be excluded.

Contemporary Jewish communities spread across Asia, Europe and North Africa trace their origins to ancient Judea and Israel. However, historical records that attribute these Jewishpopulations to the early dispersals from ancient Israel are often under dispute. Moreover, theorigins of a number of minority populations that claim Jewish ancestry are seldom welldocumented. Prolonged geographic separation of these groups has led to variations in religious practices and languages that fail to throw up similarities that would indicate shared ancestries.

Interactions with local populations have also contributed towards diluting the purportedancestry of these Jewish populations. The Kuki-Chin-Mizo population inhabiting the northeastern state of Mizoram in India, claim to be descendants of one of the ten lost tribes of Israel. Although historical records attributing to their Jewish ancestry are absent, their oral traditions and socio-cultural procedures present striking parallelism with Judaism. According to their oral history, these tribes are said to have entered Mizoram, India from adjacent Myanmar. Although ethnically they are of Mongoloid descent and speak Tibeto-Burman languages, their tradition ascribestheir origin to B’nai Menashe – a remnant of the ancient Israelite tribe of Menasseh. Further support arises from their socio-cultural and oral histories:

1. The tribes observe 3 festivals in a year similar to Jews.

3. Local legend describes presence of scattered remnants of the lost Jewish tribe of Menashe more than 1,000 years ago in a cave in China that then made its way across Thailand into India.

According to Hranglien Songate, the tribes entered China after passing through Afganistan and Baluchistan. The ten lost tribes: Reuven, Dan, Naphtali, Gad, Asher, Issachar, Zebulun, Ephrain, Menasseh and Levi of ancient Israel were taken up as captives by Assyrians in 722 BC and taken to Persia following their exile in 457 BC. In 331 BC when Alexander the Great conquered Persia, Afghanistan and India, these tribes were sent away to Afganistan and other countries. The later migrations are said to have taken place eastwards through Hindukush until they reached the Tibetan region and China. In China, they were forced to serve as slaves.

Thus the process of assimilation and subjugation had started and the forefathers of the Kuki-Chin-Mizo population are believed to be those who had resisted the assimilation and had madetheir way south through Thailand to Burma, India and Bangladesh. According to oraltestimonies only a small part of the current Kuki people are originally related to the tribe of Menasye. The descendants of Menasye are supposed to have been assimilated by Kukiinvaders at the end of 15th century in northeastern India. 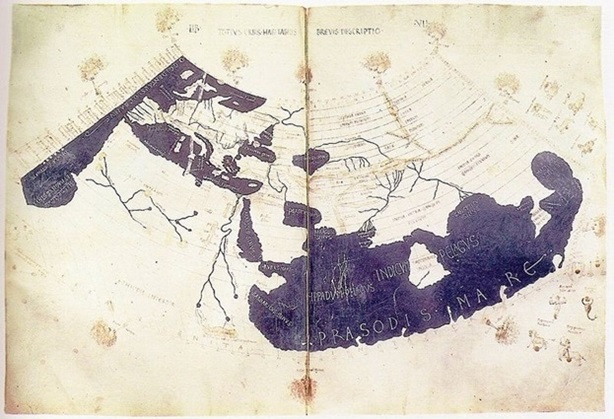 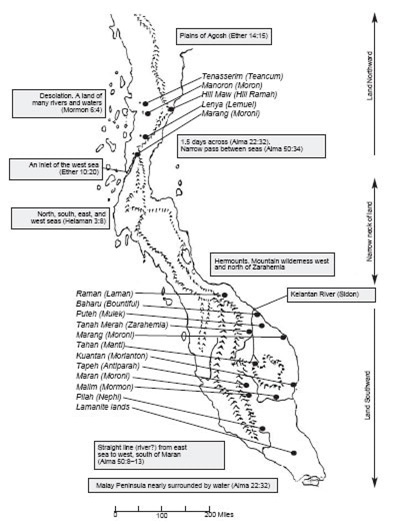 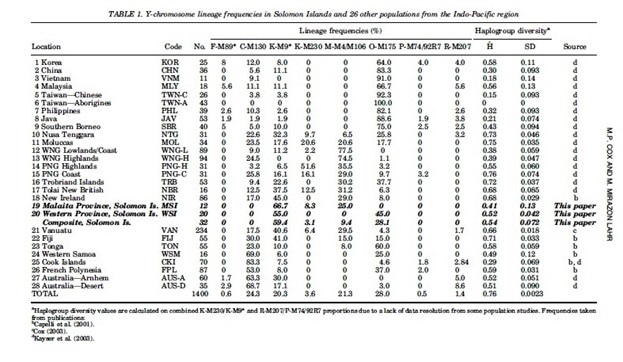 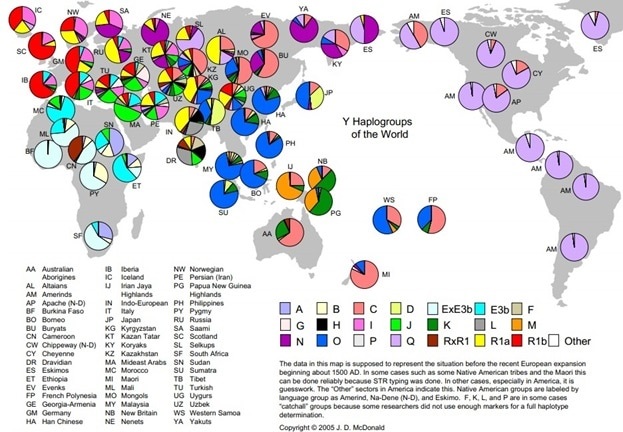 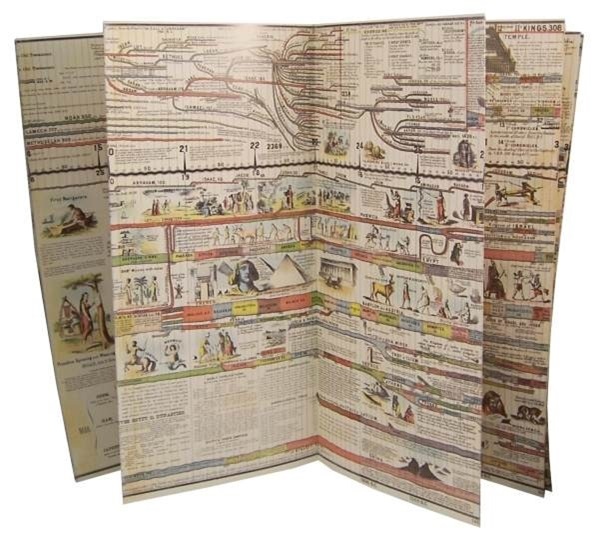 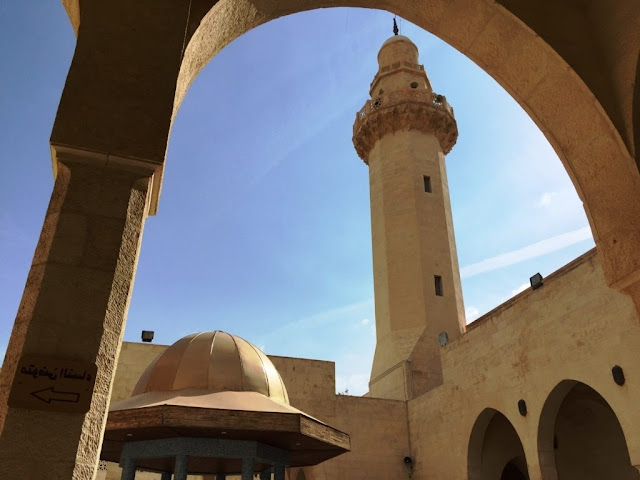 Posted by RTnusantara at 17:39 No comments: